Highlights of a Safari in Kenya: 3 Things Not to Miss

Kenya is naturally associated with the great outdoors and the extensive plains where wild lions, elephant and antelope roam. Home to the Serengeti, the largest existing wildlife reserve, this East African country is also the home to some of the oldest preserved cultures in Africa. All of these factors make Kenya the ideal destination for a safari holiday.

Good timing is needed for a safari, since many animals migrate seasonally. Generally-speaking, the dry seasons from January to March and July to October are a good bet but be aware that nothing is guaranteed in the wild! However, the unpredictable nature of Kenya Safari Holidays is what makes them an adventure like no other. Let’s take a look at some of the best destinations to go in search of Kenya’s wildlife… 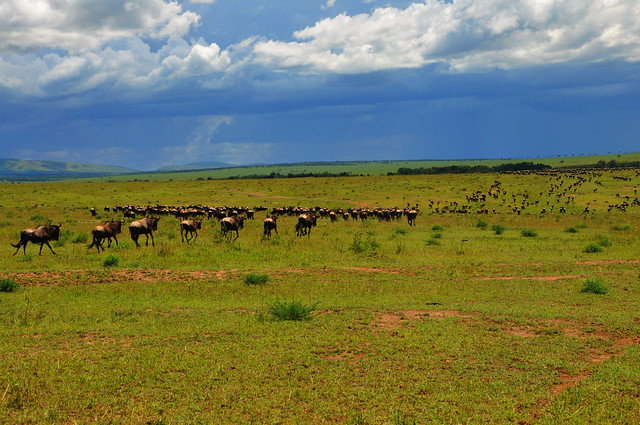 Lake Nakuru Wildlife
Nakuru is a large soda lake famous for the masses of flamingo that flock there. The views on the edge of the lake are spectacular and iconic, complemented by the flights of flamingo as well as occasional visits from wildlife. The park is one of the rhino sanctuaries in Kenya, so it’s possible to get a glimpse of these rapidly disappearing beasts at the lake-shore. Game drives are offered at the park, giving unparalleled access to the wilderness and the wildlife within.

Mount Kenya
Second only to the famous Kilamanjaro, Mount Kenya is the second highest peak in Africa. Locals regard the peak as sacred, as it leads to the realm of Ngai. The climb is challenging but the views from the top of the mountain are amazing and will not be forgotten. For those less fit or inclined, the forests of the lower slopes offer the chance to see antelopes, leopards and even elephants for lucky safari-goers.

Masai Mara
The Masai Mara plains are part of the Serengeti park that spans both Kenya and Tanzania, and they are home to some of the most iconic wildlife and views in Africa. Giraffes roam the wide open grasslands, while the Masai is rightly famous for the million-strong wildebeest, zebra and gazelle herds that pass through every year. The migrations happen at different times of year according to animal instinct, but rough estimates are before the rains in March and during the dry months of the summer.

Visiting Kenya on a safari holiday is an experience that is not to be missed and although no two Kenyan experiences are the same, it promises a feast for the senses that will be hard to forget. It’s a holiday suitable for anybody and everybody, either families or those who just have an urge to live on the wild side.