The Best Casino Cities in the USA to go Gambling 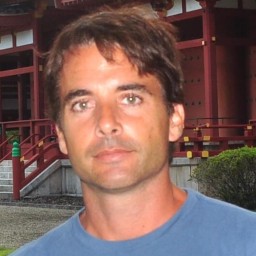 Got money to burn?  According to the American Gambling Association the US gambling industry is worth 240 billion USD. And while Americans lost 119 billion USD  gambling in 2019, the industry shows no signs of recession.

On average Americans gamble once per year, but then there are of course those who take it much more seriously.

The following are the best casino cities in the US . A few of them are already a famous city in America, meaning that they offer other attractions besides gaming and gambling, yet others are don't have much to offer to tourists seeking a complete travel experience.

You can also check travel deals provided by major travel websites to each of the destinations departing from your city using the widget below. It's convenient and can give you an idea of how much you'll be spending.

For generations of Americans and gamblers around the world, casino gambling meant Las Vegas — and the name evoked either glamour or tacky glitz, depending on the listener.

Since the late 1990s Las Vegas has attempted to shift the tourism it has been having for decades to make it more family friendly, and this has had a serious impact on the city’s earnings- in fact Macau (which I visited a number of years ago) now moves 7 times more money than Las Vegas.

Nevertheless the allure will always be there and it is safe to say that it is one of the biggest gambling cities in the world and is also home to some of the best casinos in US mainland.

You may not know this but Atlantic City actually struggled economically in the mid-20th century. However, in 1976, when the state passed a referendum legalizing gambling in the city, “America’s Playground” surged to life with ferocity, becoming one of the top gambling cities in the US.

Atlantic City is by far the gaming and gambling capital of the East Coast, with 13 world-class casinos and thousands of high-end games and machines.

Plus, you can also make it a great family trip as there are quite a few things to do in Atlantic  City with kids.

New Orleans now only has great gambling, but a unique heritage and cuisine too.

New Orleans became the center of American gambling in the early 19th century.

The Mississippi River allowed access to more American towns and cities than any other, so it was natural that the city at the mouth of the river would become home to the most gamblers.

Today, riverboat casino gambling is the most popular of all, although initially these boats were meant for river tours only.

Of course New Orleans also has a lot of non-gambling tourism, and a walking tour may be just what you need.

Reno was initially known as a railroad town, with the city’s main rail line connecting Salt Lake City and Sacramento. Besides this Reno was once also the capital of gambling in the United States after the entry into force of the law of gambling in 1931.

In fact, during the fifties, Reno had actually become the gambling capital of the central region of the USA, and today remains one of the best gambling cities in the country.

Foxwoods Casino Resort is a huge gaming and gambling complex set a few hundred yards off of I-95 in Connecticut. It has become one of the largest gambling resorts in the world and is owned by the Mashantucket Pequot Tribe of Native Americans.

The Pequot’s status as a recognized Native American tribe affords them the right to run a gambling establishment where otherwise it would be illegal.

Casinos blanket Biloxi and offer everything from Vegas-type shows to a variety of slot machines. The facilities not only offer gambling experiences but the larger ones incorporate other services like spas, restaurants and hotels (check rates here).

With seven casinos valley-wide you can definitely find the one that’s right for you, including Morongo, The Spa, Agua Caliente, Fantasy Springs, Spotlight, Augustine, and Red Earth.

It is not one of the most famous gambling cities, but it is known for many other reasons that make it attractive to tourists.

Many if not all of the local casinos offer a club rewards program, point compensation for hotel stays or dining, spa services, and a lot more.

Sure, Fort Lauderdale is perhaps more famous for its sun and surf…or is it? This area in South Florida has had a dramatic increase in visitors willing to be come rich gaming. Not only can you win money inland but there are casino cruises that will take you to Bahamas or for a day trip, allowing some sun worshiping along the way.

Gary, Indiana, on the southern tip of Lake Michigan, is on the eastern edge of the Chicago metropolitan area and is also known as Chicagoland. The region is the third-largest gambling area in the United States, behind Las Vegas and Atlantic City, as measured by casino revenue (check hotel rates).

Truth is Detroit only has three casinos, but they are an interesting trio and surprisingly slick. The oldest casino in the city, the Greektown, is Native American-owned and dedicated to helping the economy- from time to time they even offer slot play credit to anyone who has purchased a new American made automobile.

Nearby, the MGM Grand Detroit and the Motor City Casino both have more than 400 hotel rooms with all the expected comforts.

Hopefully this list has given you an idea about what direction to look, but if you want more info on what casinos to find in each state you can check the map in this page.